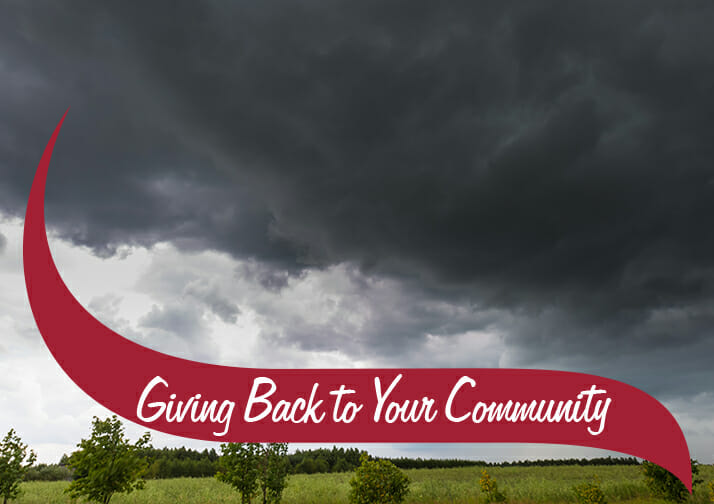 Halloween 2019 brought lots of tricks from Mother Nature. Historic rainfall swept through the Mohawk Valley and Southern Adirondacks, dropping up to 5 inches in some places and causing dramatic flooding. Strong winds ripping down tree limbs and powerlines, causing road closures and power outages.

In some of the hardest-hit areas such as Dolgeville, St. Johnsville, and Indian Lake, first responders were treated to hot food, beverages, and coffee by Stewart’s Shops, helping them stay on the job to open roadways for residents. In Dolgeville, Stewart’s partners were working to help the community even when their own homes were experiencing flooding.

“It was a mess, the crews worked all night and we were doing whatever we could to help them,” said Cheyenne Dickinson, manager of the Indian Lake Stewart’s Shop. “They were so busy they couldn’t even make it to the shop, so I brought them food and coffee to keep them going.”

Indian Lake Fire Chief Barry Hall, also an NYS DOT Supervisor, said the main roads were washed out. He and his crew put in 17-21 hours at a time and are grateful to the shop manager. “I really do appreciate it,” said Hall. “She understands small towns where people help people.” NYS DOT Highway maintenance worker George Gebo added, “Stewart’s was a big help to people that were cut off and needed food and they took great care of us while we were working.”

This is not the first time Stewart’s has stepped in to help, during Hurricanes Irene and Lee that hit the Schoharie Valley and Keene Valley years ago, we were there to help our first responders in need with food and beverage.

At Stewart’s Shops, we are closer to you when you need us the most.