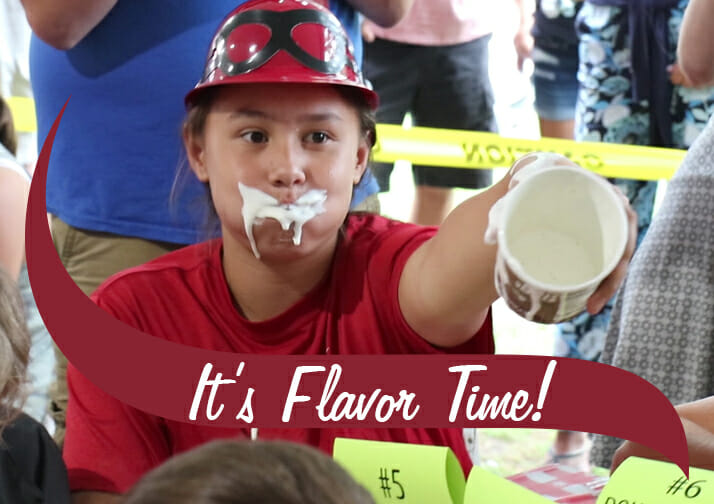 Thirty lucky contestants were chosen for the kids, teens and adult ice cream contests, ten in each group. They raced to see who could devour a pint of Stewart’s Philly Vanilla the fastest. The contestants had to use a spoon, and some were very creative and strategic with their ice cream consumption. Some contestants used the spoon like a lollipop stick and had the entire pint on their spoon as they proceeded to eat it. Others just shoved in as much as they could on their spoon. And all the contestants did their best to avoid brain freeze.

But win or lose, everyone had fun.

See all the action:

And don’t forget the pint sale this week! Pints are only $2.49 this week until Sunday, August 25th.