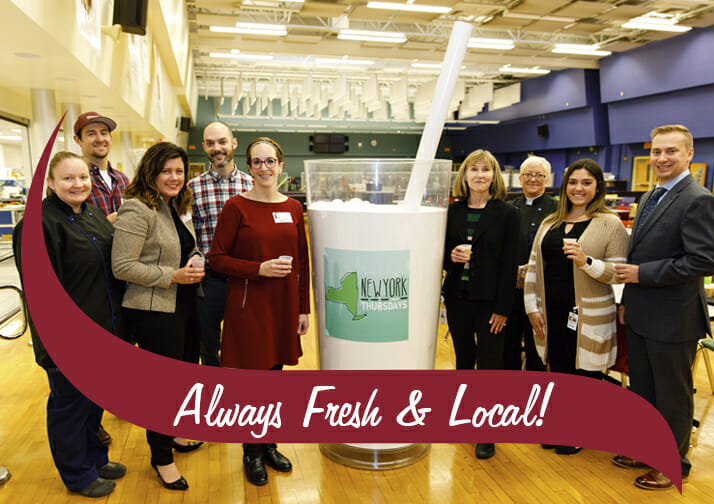 Students Enjoyed Smoothie Samples
Local dairy farmer Dylan Durkee, of Durkacres Farm, was there to hand out samples of Pumpkin Spice and Very Berry smoothies and helped highlight how milk makes its way from farm to school. 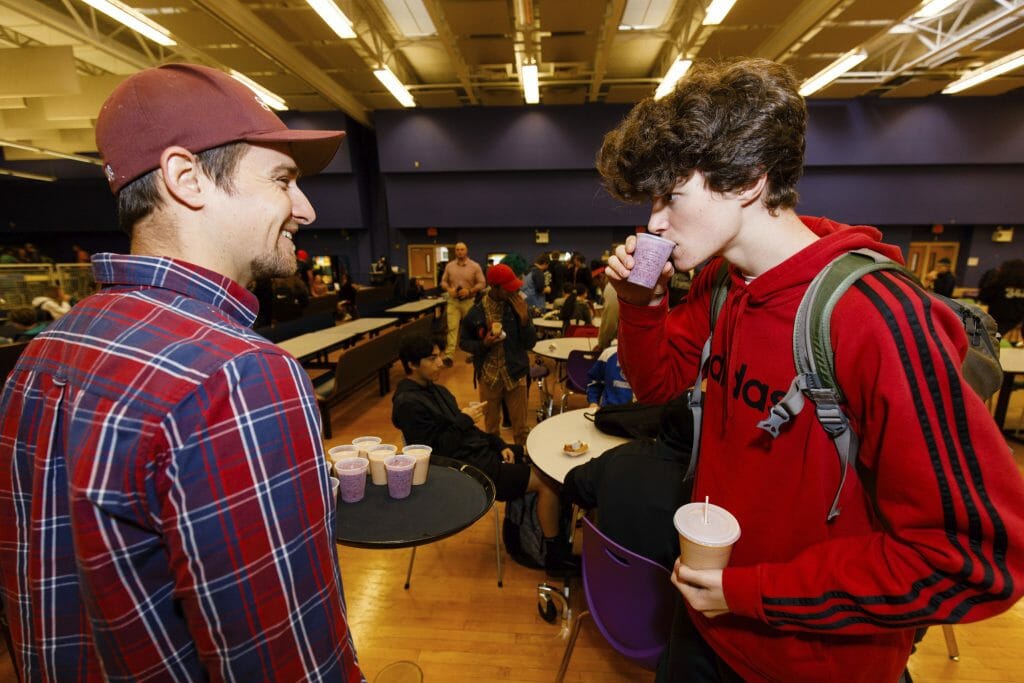 Smoothies are Made with Fresh & Local Milk from Stewart’s
Stewart’s Shops has been providing Saratoga Springs High School with their milk for the past twenty years. The smoothies provide a nutritious breakfast option for students with 8 oz of milk, 4 oz of yogurt and 4 oz of fruit.  Stewart’s trucks pick up milk daily from Durkacres Farm and other local dairy farms in Washington and Saratoga counties, and process that milk at the dairy plant in Greenfield, NY. The milk makes its way to the Stewart’s shelves in 24-48 hours, now that’s fresh and local! 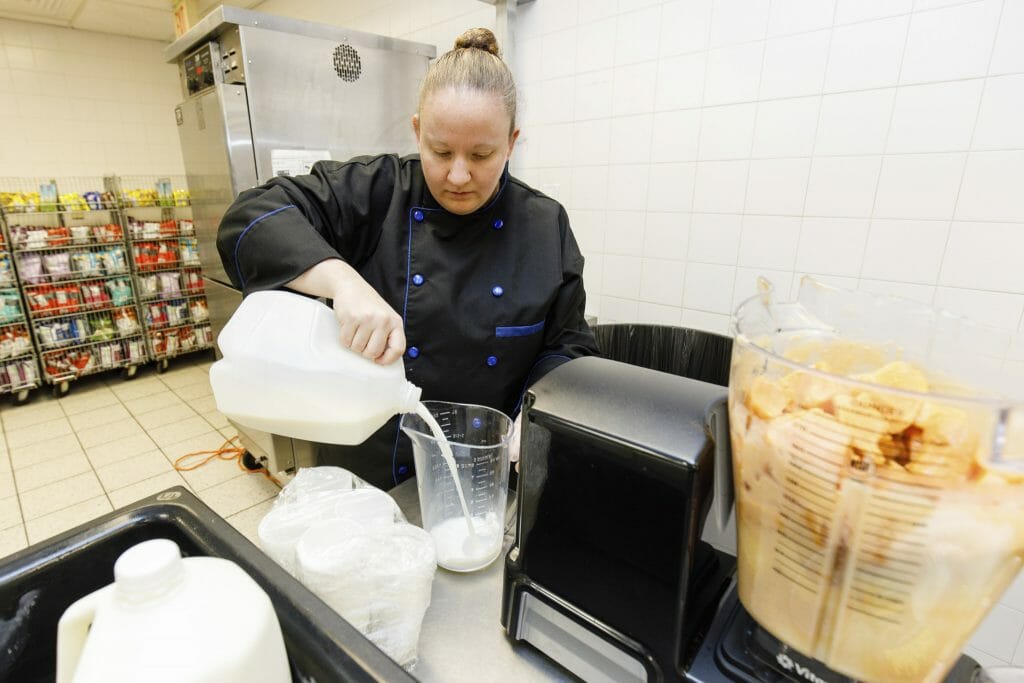 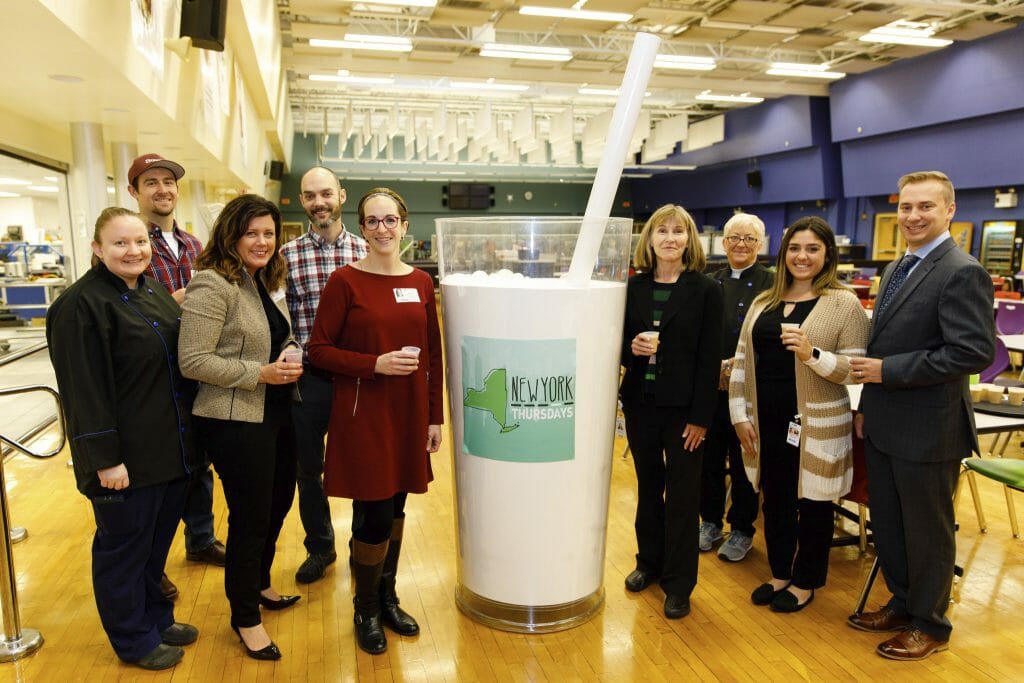