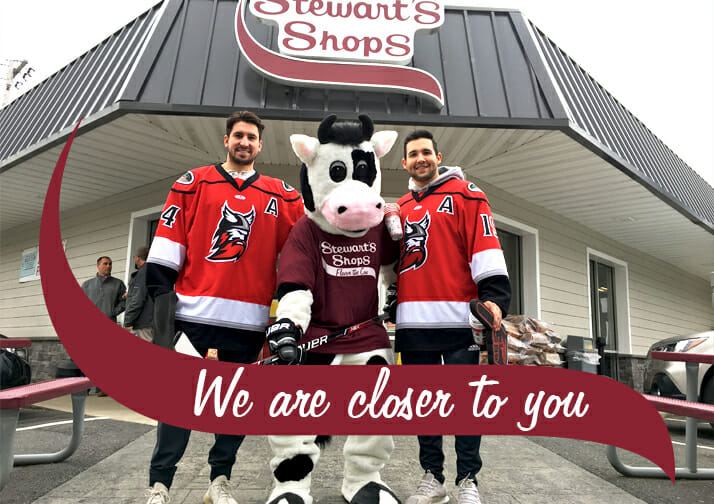 The Adirondack Thunder hockey team visited select Capital Region Stewart’s Shops on Wednesday to greet fans as they prepare to hit the ice for this weekend’s home opener in Glens Falls.

Players from the Capital Region’s only professional hockey team surprised fans with ticket and merchandise at each of their stops to generate excitement in advance of the team’s home opener on Saturday, October 19 at the Cool Insuring Arena in downtown Glens Falls. The Thunder will host the Worcester Railers at 7 p.m.

At Stewart’s Shops, We Are Closer to You