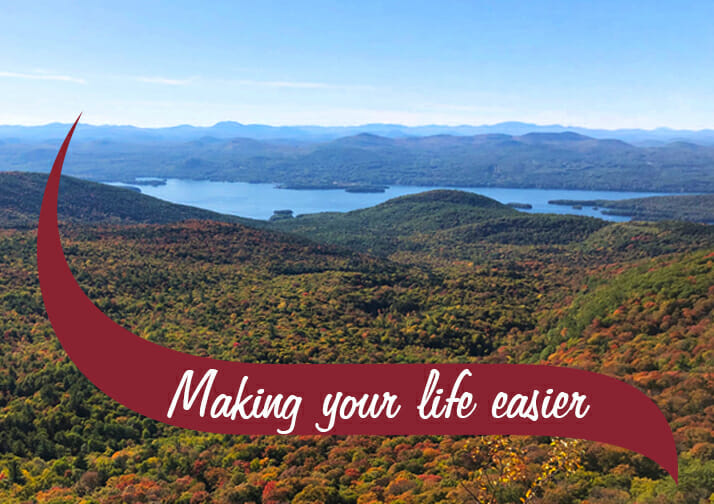 Lisa Bramen, a writer for Adirondack Life went on an adventure, or a “Stewart’s roadtrip” as she refers to it, and challenged herself to stop at as many Stewart’s Shops as she could in one day. In nine hours, she made it to seven shops spending 15 minutes in each shop.

Each Shop Has Its Own Personality
She writes, “I found that every location is a subtle reflection of its community, with its own personality and rhythms. Employees often know their customers personally, commenting on a new haircut or asking after a sick family member. Most shops have a group of regulars, often retirees, who meet for coffee each morning…Stewart’s Shops is more than a gas station convenience store. In the hamlets and villages where they are often one of the few year-round businesses, they are places for coffee klatches and neighborhood scuttlebutt, post–Little League sundaes, even a hot meal, as well as steady employers offering benefits that can be hard to come by. It would be nearly impossible to give directions in the North Country without them.”

Bramen lives in the Adirondacks and she appreciates her local Stewart’s shop, only six miles away in Keene. She says, “In these parts, when you realize you’ve forgotten milk or run out of batteries at nine p.m., the only thing between you and a 40-minute drive is often a Stewart’s. When our seven-year-old asks where his father got something and is invariably answered with my husband’s favorite line from Western novelist Cormac McCarthy—“At the gettin’ place”—our son knows that probably means our local Stewart’s, six miles away in Keene.”

Read all about Bramen’s roadtrip and the “Gettin’ Place” in Adirondack Life Magazine.

In the Adirondacks and beyond, We Make Your Life Easy.

New Stewart’s Shops in the Adirondacks
Our brand new Chestertown shop opened on 10/2! Take a look at the new shop and some beautiful Adirondack views. And our newly rebuilt shops in Peru and Elizabethtown will be opened by the end of the year.