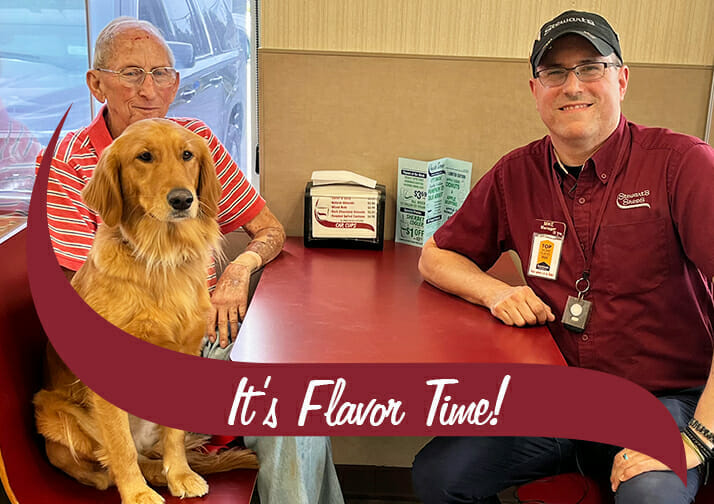 In Scotia, a customer named Paul brings in his service animal Holly for ice cream every day. Paul has brought Holly to other ice cream shops in other states before, but Holly ONLY eats ice cream from Stewart’s Shops!

“It’s amazing what service animals can do. She thinks before I do!” says Paul. “My wife and I lived in Tennessee and took Holly for ice cream there and she tipped the ice cream over and she wouldn’t eat it! She will only eat Stewart’s ice cream!”

The customers love Holly just as much as the partners and the shop! It is a great experience for both the community and for Holly as well. Holly is very loyal to the Stewart’s brand.

We love our loyal customers. From humans all the way to our fur-friends!