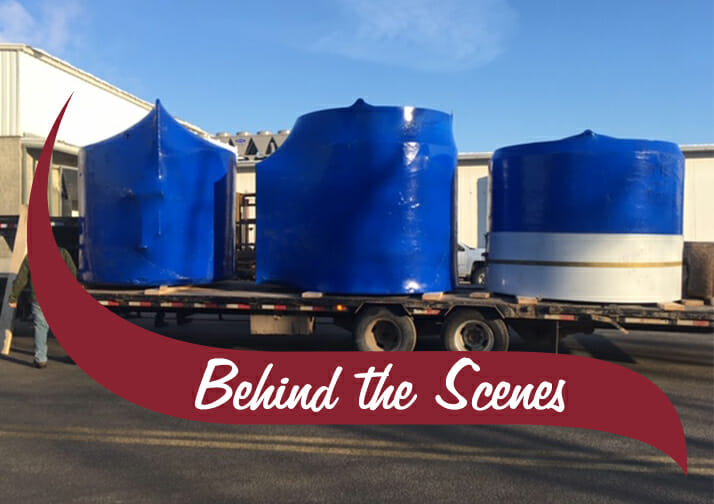 Everyday Stewart’s Shops picks up milk from local family farms. Once the milk arrives from the farm to the Stewart’s Manufacturing and Distribution Plant it gets used in many ways. First, it is pasteurized and becomes the different flavors and varieties of milk sold as a gallon, half-gallon, or dairy Refreshers, and half and half. A portion of the milk makes its way to the Stewart’s Kitchen to be used in soup and entrée recipes. Finally, some of that milk is made into ice cream. Creating all these products require a lot of equipment.

The talk around the watercooler these days is the purchase of two 5,000 gallon 23’ tall vertical tanks from Feldmeier Equipment located in Little Falls, NY to replace two 3,000 gallon tanks that are from the 1960s. Why is everyone so excited? Well, these tanks will be used to hold a blend of milk and cream that the dairy operation makes daily for the ice cream department. This ice cream blend is the very beginning of all your favorite flavors of Stewart’s ice cream.

How did those big tanks find their way into the building? 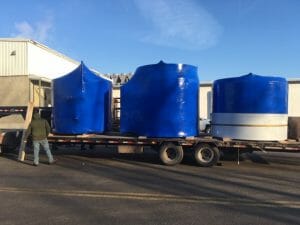 The crew at the Stewart’s plant had two choices to get these tanks into their new home. Bring them in fully assembled from the factory and drop them through the roof or transport them in pieces and finish the fabrication/assembly on site.

The latter was significantly less expensive, so that became the chosen route. This process avoided needing to hire a trucking company to move them here, a crane to lift and lower them through the roof, as well as a construction outfit to cut and close up a giant hole in the roof. 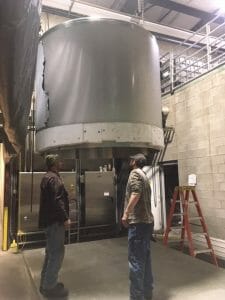 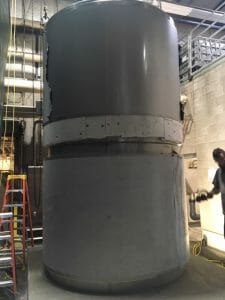 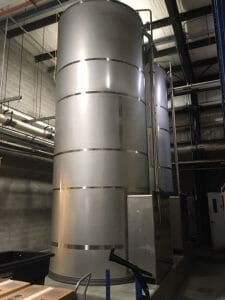 Each tank arrived in three pieces. From start to finish the onsite assembly work took only four – 12 hour days. Well done everyone! Now, let’s get back to making those creative flavors.