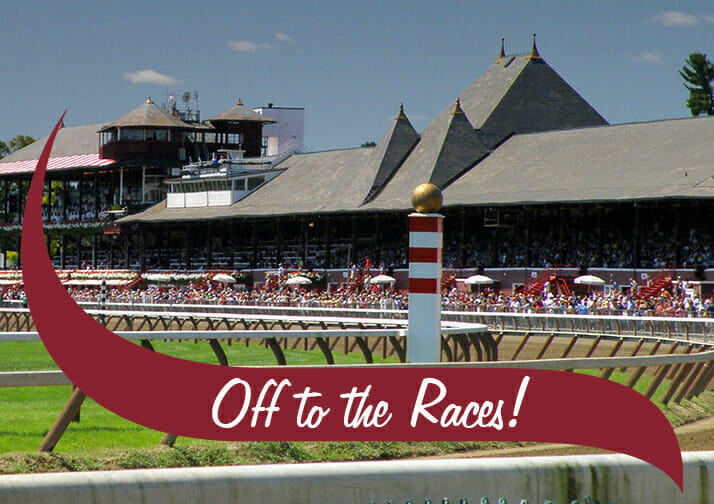 We are offering NYRA Grandstand Season Passes at our shops. Over 150 Stewart’s Shops throughout the Capital Region will carry them now until August 4th.

Grandstand Season Passes provide admission to all 40 days at Saratoga Racecourse, including Runhappy Travers Day. The passes are only $60! For Travers alone,  the entrance is normally $20 for advance admission. Daily grandstand passes are $7 a day. This means that a Grandstand Season pass pays for itself in only nine visits!

Saratoga Racecourse is rich with history, it opened in 1863. Every summer the past comes alive in the historic grandstands to watch the horses gallop toward the finish line. Sports Illustrated even named Saratoga Racecourse one of the world’s greatest sporting venues.

After a glorious, sunny day at the Saratoga Racecourse, make sure you swing by your local Stewart’s Shops for some ice cream! What’ a better way to celebrate a winning day at the track than ice cream?

Our Shops also have NYRA Bets Cards for all your betting needs. Bet on the races are Saratoga right on your phone. The NYRA Bets cards can be used at hundreds of tracks nationwide, not just Saratoga.

Get your passes now in time for Opening Day on July 14th.

Stewart’s Shops, We Are Closer To You