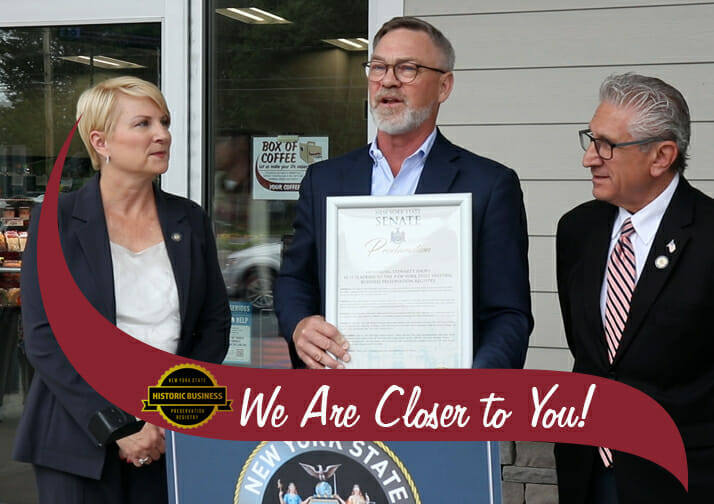 Assemblywoman Mary Beth Walsh added, ““I’m very excited to have had the opportunity to nominate and now recognize Stewart’s Shops for their incredible presence in the Capital Region, and beyond.”

Local businesses are the backbone of villages, towns and cities across the state. They have helped to shape the history, heritage, and identity of the communities they serve.  In 2020, at a time when many business were facing new and unique challenges, the Office of Parks, Recreation & Historic Preservation created the registry. The goal is to highlight business who have stood the test of time and have contributed to their communities’ history. Elected officials like the Governor, Lieutenant Governor or members of the Senate and Assembly can nominate businesses.

For the 77 years we’ve been in business we have supported and served the communities we are in.  We believe we are only as strong as the communities we  serve. In 2022, we have a goal of donating over $8 million to non-profit organizations in our market area. In addition , our Holiday Match program has contributed over $34 million to thousands of organizations since it began.

Check out the video down below for the highlights of the ceremony!