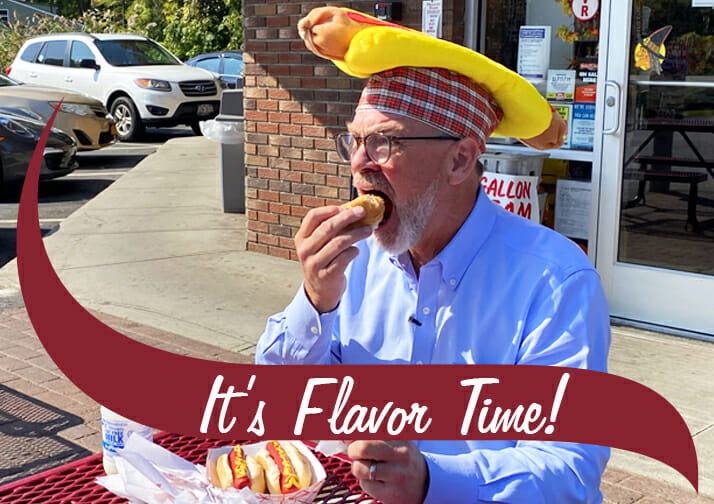 We knew our president, Gary Dake was pretty awesome, but we didn’t really understand the level of his awesome-ness until the Hot Dog Challenge was presented. 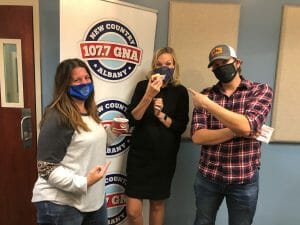 It all started on National Hot Dog Day when Kristi Gustafson Barlette, Times Union Blogger, said she would never eat a convenience store hot dog. All that changed when Brian and Chrissy from 107.7 GNA, challenged Kristi to eat Stewart’s hot dogs for her favorite charity, Maddie’s Mark.

When Gary got wind of the hot dog eating challenge, he wanted in and he agreed to match the donations raised for Maddie’s Mark.

Gary, an avid fan of Stewart’s steamed Cajun Hot Dogs, wanted to prove that hot dogs from a convenience store CAN be delicious, especially when they are topped off with some yellow mustard.

Kristi hasn’t eaten a hot dog in over a year, so it says a lot that she was able to eat THREE whole Cajun dogs; well done Kristi! 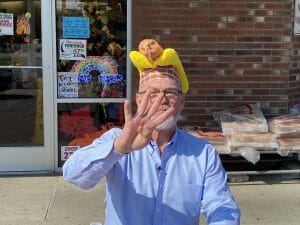 But Gary topped that and was able to eat a total of FOUR Cajun dogs with a side of Stewart’s award-winning milk. After four Cajun dogs he even had enough room for a cone of Civility ice cream!

Gary Dake may have taken the prize for most hot dogs eaten, but the real winner here is Maddie’s Mark. Stewart’s will be matching the donations raised from WGNA listeners and Brian and Chrissy.