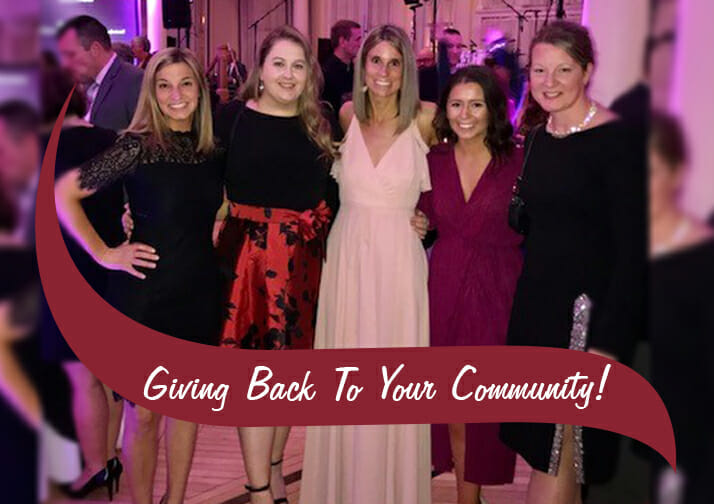 Kelly’s Angels recently held a once-in-a-decade party, the Ten Years of Love Gala, to celebrate their 10th anniversary and to thank those that have supported them!

Kelly’s Angels, named after Kelly Mulholland, a local teacher and mother who lost her battle to cancer at age 37, originally formed to help children who had lost a parent to cancer and families who are battling other life-threatening illnesses. Over the past ten years Kelly’s Angels has been able to help over 120 local children and families, their mission to bring smiles and a measure of relief to those at the hardest of times.

Stewart’s Shops/The Dake Family have been supporters of Kelly’s Angels since their inception and were proud to contribute this $10,000 donation. The gala was a great success, and the money raised will be going back to the organization to help them continue their growth!

In addition to our support of the gala, Kelly’s Angels is also a Holiday Match grant recipient! Through our Holiday Match program, we have been able to support two of their programs called “Fun Grants” and “Angel Aid”. Fun Grants are given to children who have lost a family member to cancer to fulfill a wish in memory of their loved one, and Angel Aid is a college scholarship program for graduating high school seniors in honor of Kelly Mulholland’s time as a teacher. These initiatives are just two examples of Kelly’s Angels’ great impact over the past decade, and we are proud to support both through our Holiday Match program!

This Holiday Match season our generous customers donated more than $895,000, and with Stewart’s match there will be $1.79 million going back to the kids in our communities. Applications for children’s charities are being accepted through January 31st, so hurry and apply while you can! The applications for funding can be found here.

Stewart’s Shops is proud to support this event and many others. This past week alone we were able to donate $23,280 to 77 organizations. Check out the listing below:

Stewart’s gives $7.5 million annually to over 6,000 non-profit organizations. $5 million of it comes from the Dake Family Foundations, so it does not impact our Partners ESOP/Profit sharing.