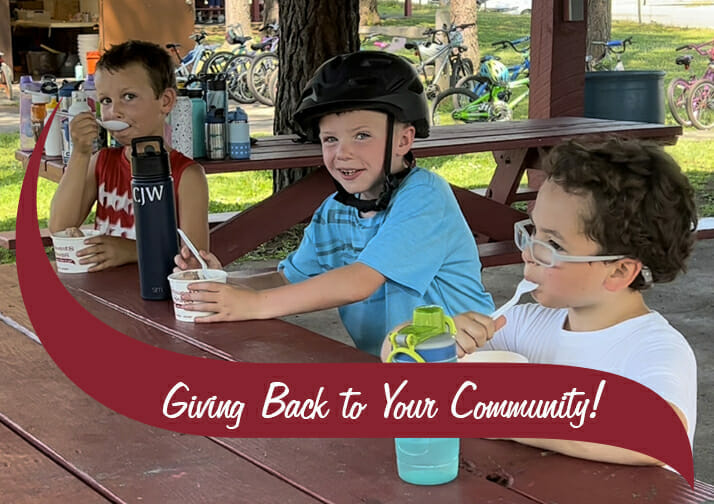 Bike safely this summer and get free ice cream to beat the heat. That’s the goal of the innovative Safe Summer Bike Helmet program founded by Senator Jim Tedisco which kicked off for its 24th year.

This year, Senator Tedisco’s Safe Summer Program will distribute 5,000 “good tickets” for free ice cream cones to 24 police departments to reward children who wear their helmets while bicycling, skateboarding, and rollerblading, and give free bike helmets to kids who need one.

“It’s summer time and for many children that means enjoying two things: ice cream and bike riding. We want to encourage children, as well as adults, to be safe when they recreate and I can’t think of a better way to do that than by offering kids a free ice cream cone for doing the right thing and wearing a bike helmet. My Safe Summer Program is a true community partnership among businesses, law enforcement, government and parents and it’s a model for how caring people can come together and promote a fun and safe environment for children. Coupling free ice cream, free helmets and education with law enforcement is a formula that works to keep kids safe. Safe Summer also provides positive interactions between law enforcement and kids, which is something that we need now, more than ever,” said Senator Jim Tedisco.

It’s the law in New York State that children up to age 14 must wear a bicycle helmet or parents could face a $50 fine. According to the New York State Department of Health, bicycle-related incidents are the number one cause of head injuries in children in New York State. The cost of a bicycle helmet is about $20.00. The average charge for a hospital stay due to a bicycle related brain injury is $23,000 with an average length of stay of four days. In New York, annual hospitalization charges related to care for persons with a bike related brain injury is $20 million.

Senator Tedisco’s Safe Summer Program aims to address these alarming statistics by using positive reinforcement to get all neighborhood kids into the habit of wearing their helmets for safe biking, in-line skating, or riding a skateboard or scooter.

“The safety of our children is priority number one. The Safe Summer Bike Helmet Program allows us to pass on simple, yet effective ways to teach kids how to safely handle their bicycles, scooters and skateboards in a fun atmosphere. I want to thank Senator Tedisco for his leadership in offering this program to help protect our kids each and every year,” said Saratoga County Sheriff Michael Zurlo.
-over-