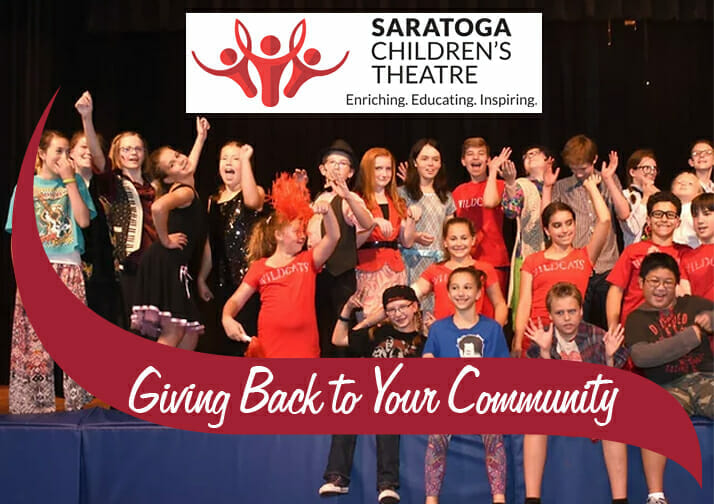 We recently supported Saratoga Children’s Theatre (SCT) with a $15,000 donation.

At Stewart’s Shops, we believe in strengthening our communities and supporting the children in these communities. These are values that align with the mission of Saratoga Children’s Theatre and why our support makes so much sense.

Whether you’re a student with several performances under your belt or venturing into the performing arts for the first time, at Saratoga Children’s Theatre, there are many opportunities in the theatre arts.

Since the SCT was first founded in 2008, Stewart’s Shops has supported their programming. Their mission is centered around providing the youth of greater Saratoga Region with a quality arts education as well as a love of theatre and performance.  Years of Holiday Match funding has supported improvements including sound systems, new curtains, their scholarship fund and more. The most recent donation will go toward a new lighting system.

The theatre has summer camps, mainstage performances, classes, workshops, private lessons and coaching for all ages. Through their programs, children learn about teamwork. They build confidence, make friends, and foster an appreciation and lifelong love of the arts. Their programs teach life skills, not just skill used in the theatre.

Check out testimonials from some members of the theatre community:

“My experiences at SCT helped me grow into the best version of myself that I could be.” – Greg M.

“SCT has helped me grow not only as a performer, but also as a person……Over my 5 years working with SCT, I have noticed major growth in my talent, abilities, knowledge, and maturity.” – Asa D.

“We have been fortunate enough to have Saratoga Children’s Theatre be a part of our family since our daughter was in kindergarten. She is now entering 4th grade and we believe whole heartedly that it has helped her become a better student – and a more confident, well rounded young girl.” – Bernadette S.

Stewart’s Shops Is A Sharing Company