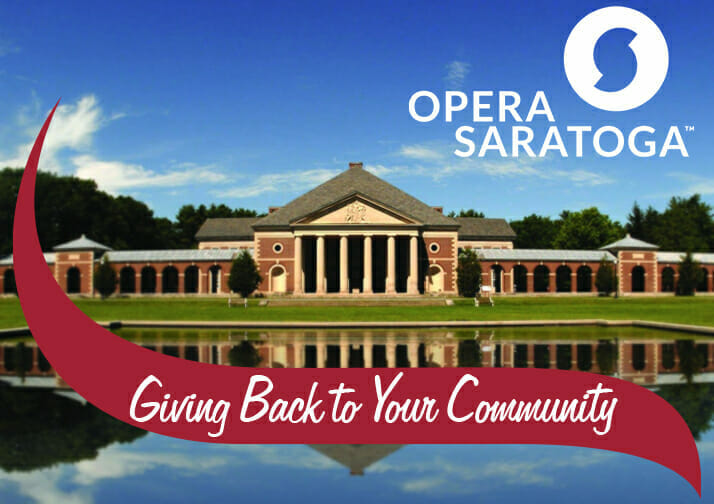 This donation will be for ongoing support of their 2022 production season. The organization is changing their Summer Festival program to reach as many people as possible this year. Traditionally, the productions would have been held solely at The Spa Theater. However, this year there will be shows at 7 total venues.

This new production model includes SPAC in Saratoga Springs, Proctors in Schenectady, The Egg in Albany, The Round Lake Auditorium in Round Lake Village, The Charles R. Wood Theater in Glens Falls, The Barn at French Mountain in Lake George and The Mansion of Saratoga in Rock City Falls.

Our sponsored opera is The Barber of Seville. The show will be July 8th and July 10th at Proctors in Schenectady.  This show is one of the most popular operas in the world. The characters use elaborate schemes, aliases, and disguises to try and capture the heart of the main character, Rosina. We don’t want to give too much away though, so be sure to come see it. This funny and beautiful opera will have you leaving the theater humming and laughing.

Opera Saratoga has other programs too, like a music therapy program for adults with Alzheimer’s. Also, it has virtual education programs for elementary schools. The virtual education program ties the New York State Anchor Standards in music, theater and visual arts with what kids are already earning in their ELA classes. The programs come with videos and workbooks for the kids to connect to the operas.

These programs are just some of the ways Opera Saratoga supports their communities and why our partnership makes so much sense.