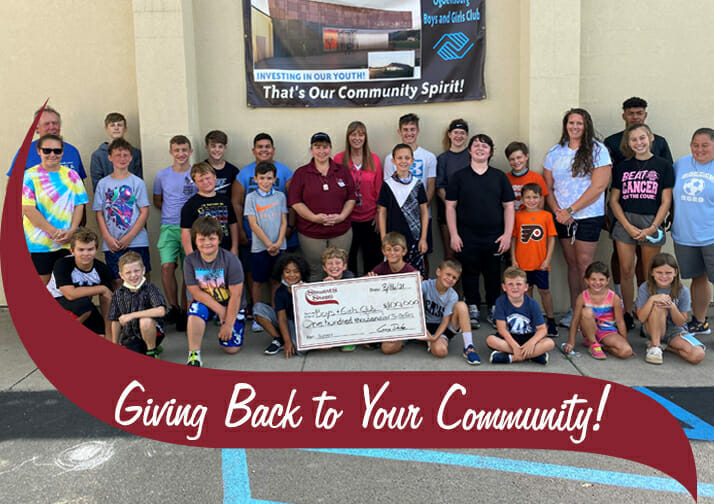 We are Closer to You because we truly care for the neighborhoods we serve.  This past summer, The Ogdensburg Boys and Girls Club received our donation of a $100,000 that will go toward their new athletic center.

Kids from 6 to 18 years old will be able to utilize the new space.  The expansion will particularly help the club expand their offerings for female and teenage members.

“The new facility will be a tremendous addition to what the club currently offers and will allow us to serve more kids, more often…” said Luckie, “We cannot thank the Dake Family and Stewart’s enough for their support of this project and the positive impact it will have on the community for years to come.”

Members of Ogdensburg and the surrounding communities have been using the club since 1964. The history of the Ogdensburg Boys and Girls Club and Stewart’s Shops dates back over 20 years. The club is a regular recipient of Stewart’s Holiday Match funds. The Holiday Match Funds go to the club’s scholarship program to cover the membership cost.

The relationship between the Club and Stewart’s Shops goes further than just donations. Many current or former members of the club will work at the Stewart’s Shop in town.

“I’ll go into our local Stewart’s Shops now and see a lot of our alumni who work there and they will talk about the benefit of the club for them growing up.  So, that’s pretty neat as well. It’s really life changing.”, said  Luckie.

The Ogdensburg Boys and Girls Club offers educational, recreational, arts and technological programs to kids. The club is also a home away from home for area youth.

We Are Closer to You!