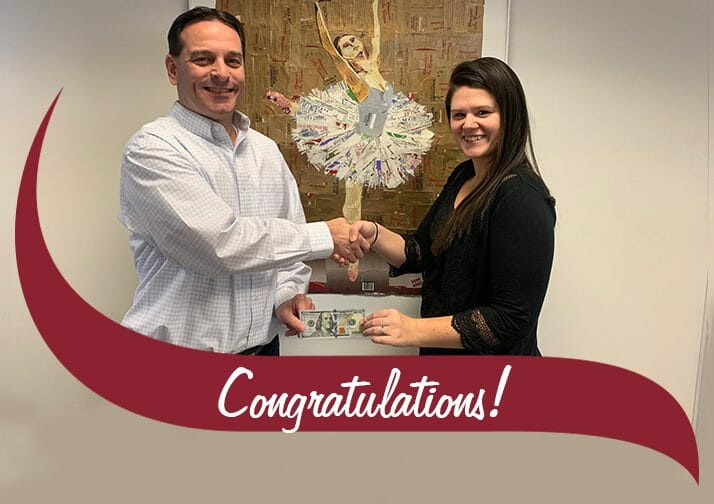 Stewart’s Shops recognizes a Moover of the month from the Stewart’s Corporate Office. They are given $100, a new jacket, and are treated to lunch with Gary Dake. It’s our way of saying thank you for their hard work and ownership

Ashley has been with Stewarts since 2005 and currently works in the Shop Financial Services Department. She reconciles all the shop’s credit card transactions. Ashley was nominated for the following reasons:

She took on a lot of additional work while another person in the department was out. She was nervous because it was all new stuff to her, but she stepped up to the challenge and even surprised herself. She gained confidence and the respect of others during this time.

She is pictured with Lou Bush, VP of Stewart’s Shops.