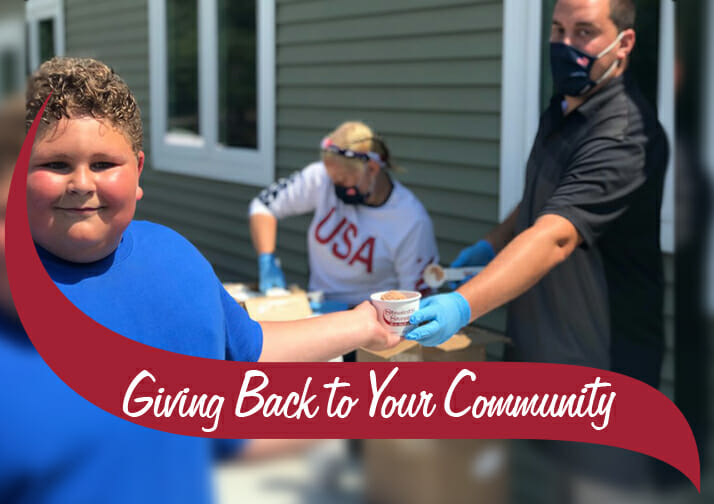 Summer camp for the Town of Wallkill Boys & Girls Club is wrapping up soon, and Stewart’s Shops was able to help sweeten up the end of summer with an ice cream social! The Boys & Girls Club is a wonderful organization that provides children in Northern Orange and Sullivan counties a safe way to learn and grow in a fun environment. The club has been running their summer day camp for over 20 years now.

Although summer camp has looked a little different this year due to the COVID-19 restrictions, the campers were still able to enjoy a fun filled summer with lots of activities. On the day of their ice cream social, the campers participated in a “water day” which consisted of water activities, and a talent show later on that parents watched. The day was then closed out with a delicious sundae donated by Stewart’s! We have been proud, longtime supporters of the Wallkill Boys & Girls Club and have been donating our Make Your Own Sundae Kits to the day camp’s ice cream social for eight years now. Shane Merone, the Program Director for the Boys & Girls Club, said “The kids look forward to the social every year!” We are happy to be able to support such a fun day, especially during such difficult times!

Stewart’s Shops is proud to support this event and many others. This past week alone we were able to donate $55,020 to 57 organizations. Check out the listing below:

Stewart’s gives $7.5 million annually to over 6,000 non-profit organizations. $5 million of it comes from the Dake Family Foundations, so it does not impact our Partner’s ESOP/Profit sharing.