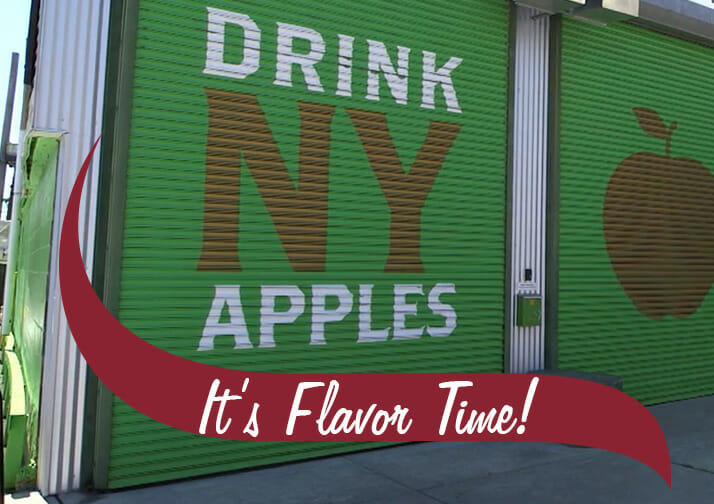 Last month, we had the pleasure of welcoming Nine Pin Ciderworks, New York’s first farm cidery, into our shops!

We are proud of the exciting synergy created by our collaboration with Nine Pin Cider given their focus on agricultural products that are local. We share a common and important goal with Nine Pin: supporting New York farmers.  Just as Nine Pin sources all the apples for their cider from Upstate New York orchards, we source 100% of our milk from cows on New York farms!

Nine Pin started making cider in their downtown Albany location in 2013 and opened their doors in 2014. They quickly became an anchor in the Capital Region’s craft beverage scene and is now a recognizable agricultural brand throughout Upstate New York.

Nine Pin’s commitment to Upstate New York is not only evident in their products, but also in their brand name!   The name “Nine Pin” was inspired by one of New York author Washington Irving’s most famous stories, Rip Van Winkle.  Ninepins, the Dutch form of bowling, is the game Rip is playing when he drinks so much cider that he falls asleep for 20 years and misses the entire American Revolution.

Please look for Nine Pin Cider in a Stewart’s Beer Cave near you! Learn more about Nine Pin in this video produced by WMHT.