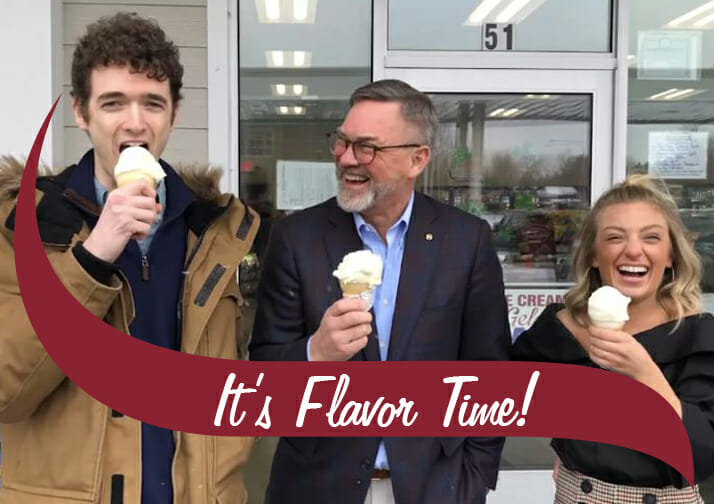 On President’s Day, our President Gary Dake met up with Jack and Taylor from Two Buttons Deep.

If you aren’t following Two Buttons Deep on social media, you need to. They are hilarious. They affectionately refer to Gary as “Their President”, so we put him on loan for the day for an interview for the segment, Ten Questions Deep*.

They do all kinds of fun things, like travel around the capital region rating local ice cream. While they were at the shop, they rated our own Vanilla ice cream.

Here’s how it went:

*You can expect to see Gary’s interview sometime next week.