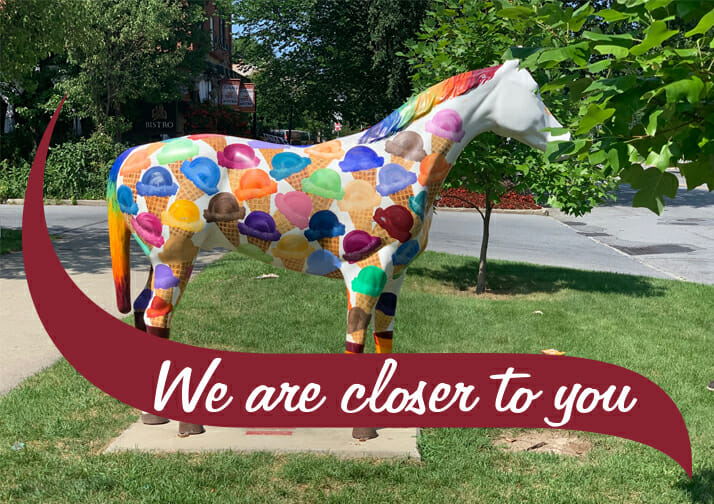 If you’ve strolled down Broadway, you are probably familiar with the painted horses along the sidewalks. Stewart’s proudly owns one of these beauties. As a way to support an Art Council and YMCA fundraiser in 2002, we acquired our very own Stewart’s horse.

Sarah  Maxam, a partner’s daughter at the time, and now an art teacher in the Boston area, painted Scoops in her parent’s garage.  The project began in Feb 2002. And the final outcome was an ice cream masterpiece. The horse is covered in vibrant ice cream cones from head to toe. 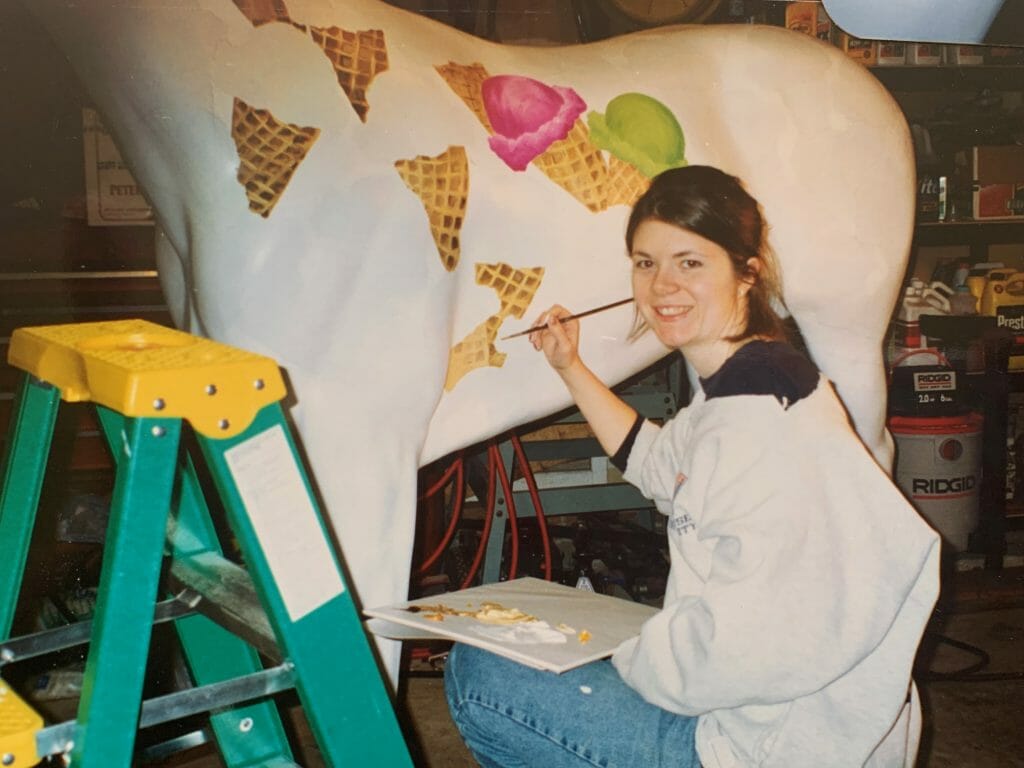 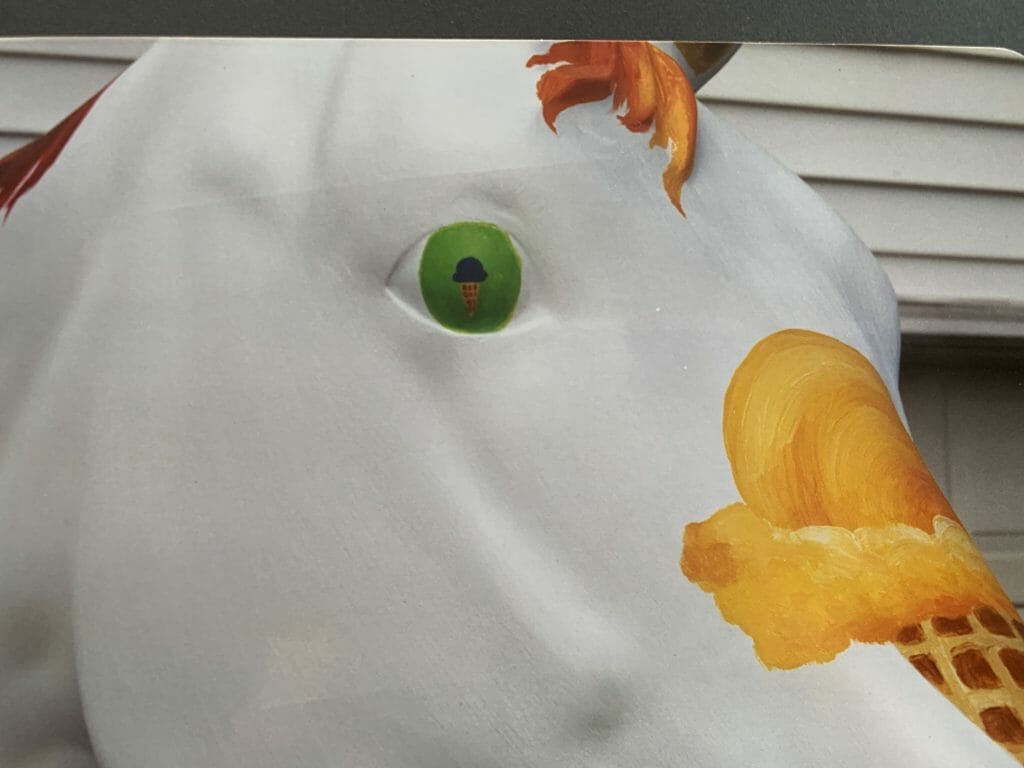 The Stewart’s horse was affectionately named Scoops.  Scoops has had many adventures. He was part of the horse parade and got to stroll down Broadway and strut his stuff  in front of thousands of people. He celebrated Stewart’s Day at the Races and made his way to the prestigious Winner’s Circle for the Stewart’s Race standing proudly by NYRA painted horse. 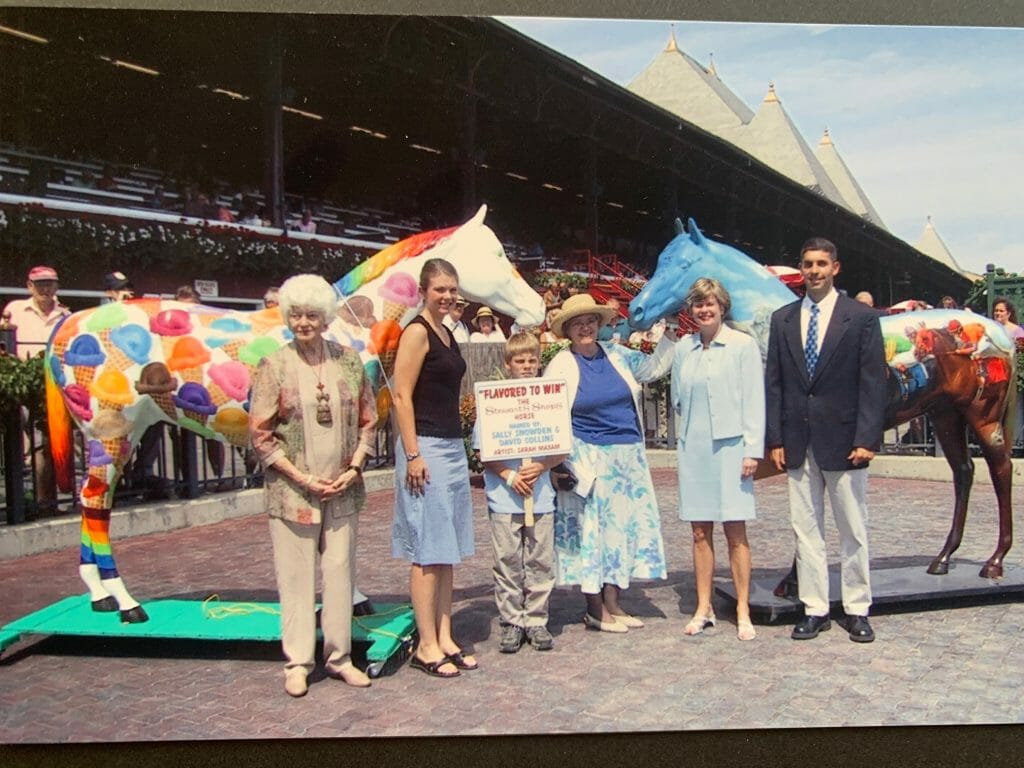 Residing in Saratoga Springs in the summer, home of the Saratoga Race Track, we felt that Scoops also needed a racing name.  We opened up the naming rights as a contest to our customers and we had over 5,000 entries. His racing name was ‘Flavored to Win’.

Scoops has stood the test of time, although he did suffer some leg damage when an adult tried to sit on him! But we were able to repair his leg with minor surgery and some touch up paint.

Scoop winters in his stable in Greenfield where we help him un-remember the atrocities that he witnesses in downtown Saratoga over the summer.

He is currently hanging out at the Stewart’s City Center shop where he spends his summers.