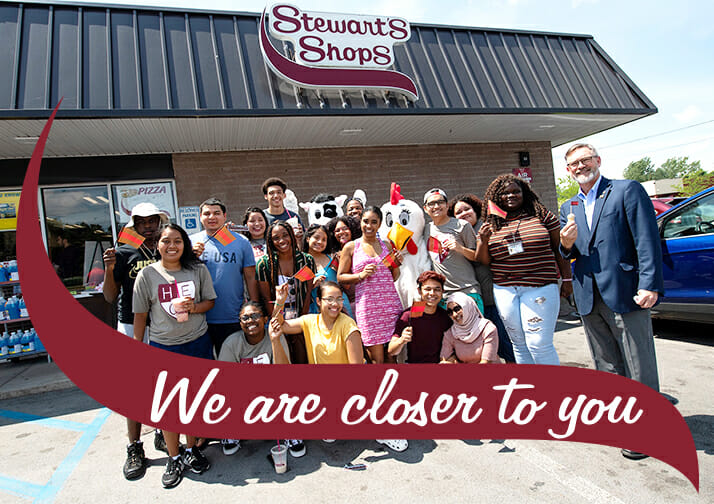 Gary Dake, president of Stewart’s Shops loves both ice cream and his alma mater, St. Lawrence University. The two came together recently for a momentous occasion!

Over one-hundred students, alumni, university staff and community members lined up for free samples in Canton on Monday and the unveiling of SLU-Ha-Ha.

When you visit either Canton Stewart’s Shop or the Potsdam shop, you can now order SLU-Ha-Ha (known as Brew-Ha-Ha) at the cone counter, a coffee ice cream with espresso bean-flavored chocolate flakes.

“It was a simple change, just changing brew to SLU. I thought it was clever, funny,” Calton said.

Gary Dake graduated from St. Lawrence in 1982. “A lot of students come to St. Lawrence from other parts of the Stewart’s empire, so it’s nice to have them have a little St. Lawrence connection when they get to campus,” Dake said.

The St. Lawrence-themed ice cream flavor will be available at Stewart’s locations in Canton and Potsdam through October.