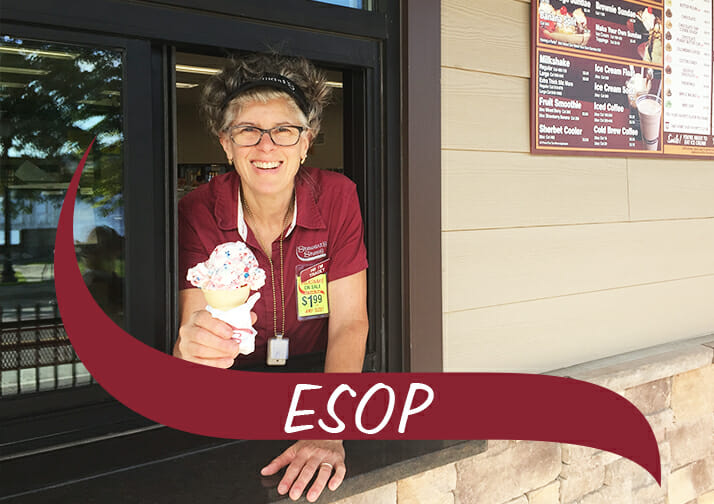 Stewart’s Shops has given all eligible employees an additional dividend in their employee stock ownership program, or ESOP, due to the company’s strong performance.

The 4.5 percent dividend was distributed last week, and employees could take it as cash or roll it into their ESOP account. The dividend is in addition to the 20 percent company contribution of each eligible partner’s pay to the ESOP in April, which totaled $17 million.

Stewart’s calls its employees partners because they own nearly 40 percent of the company through the ESOP.

The ESOP is 100 percent funded by the company for anyone working at least 1,000 hours a year. Stewart’s says that after five years on the job, an employee’s ESOP balance is usually greater than annual salary.

There are nearly 1,000 partners with a balance of over $100,000, and 75 Partners with a balance of over $1 million. Nearly a third of these millionaires started out as hourly employees, and over a third are still actively working versus retired. This is possible because of Stewart’s stability, enabling years of double digit percent of pay contributions, plus double-digit appreciation of balances each year.

And good news, we are hiring. Check out our Careers Page