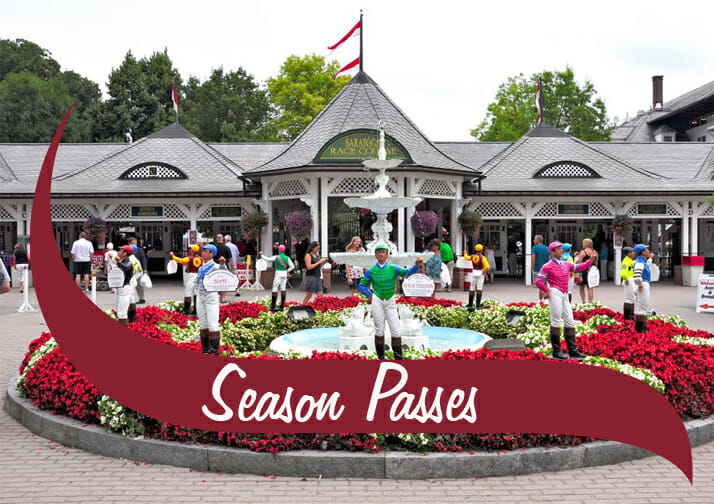 After a tough year, we are very excited to see horse racing in Saratoga with fans! And great news, you can once again get your Grand Stand Season Passes at participating Stewart’s Shops.

NYRA season passes for the 2021 meet at Saratoga Race Course are on sale at 159 Stewart’s Shops locations throughout the greater Capital Region in Albany, Rensselaer, Saratoga, Schenectady, & Warren counties through July 18th.

A season pass provides fans with admission to all 40 days of world-class thoroughbred racing at Saratoga Race Course, starting with Opening Day on Thursday, July 15th through Monday, September 6th. The cost for a 2021 Grandstand season pass is $50. Season passes do not include reserved seating.

This marks the seventh year that Stewart’s Shops will serve as the exclusive retail partner for season passes to Saratoga Race Course. Season passes were available at all Stewart’s Shops in Albany, Rensselaer, Saratoga, Schenectady and Warren counties in these shops.

And we will be selling the Post Parade in select Saratoga Springs shops again this year.

We Are Closer to You